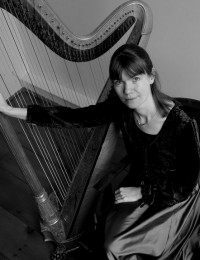 Aimée studied with Edward Witsenburg at the Royal conservatory of Music in The Hague, and with Germaine Lorenzini in Lyon. From 1998 until 2004 she was the first harpist of the Nederlands Promenade Orkest. Now she plays with several Dutch orchestras and is a member of several chamber groups. She has made television and CD recordings and also regularly performs abroad. Aimée plays on a Lyon & Healy Salzedo modern harp and a Holdernesse/Erard historical harp (Londen ca 1830). www.aimeevandelden.nl