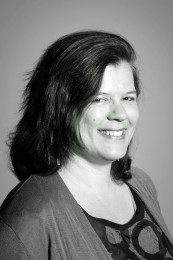 Rebecca Smit studied the violoncello at the Royal Conservatory of Music in The Hague with Marien van Staalen. She continued her studies and received her master’s degree with Elias Arizcuren at the conservatory of Utrecht. Rebecca atttended masterclasses with Heinrich Schiff, Siegfried Palm en Mstislav Rostropovich and Johannes Gorittzki. Rebacca has played in the Rotterdam Philharmonic and Residentie Orkest as well as in other orchestras. Momentarily she plays in the Radio Philharmonic Orchestra. Furthermore, Rebecca was a member of the cello-octet Conjuncto Ibérico (Cello Octet Amsterdam) and performed in Russa, Norway, The Chech Republic, Italy, France and Spain. She has recorded several CDs with this ensemble. Rebecca is a member of the “Doelen Ensemble” ,which specializes in music from 1900 onwards. She has performed as soloist with several orchestras in The Netherlands. Rebecca plays a cello by ‘Hilaire Darche’, built in 1927.