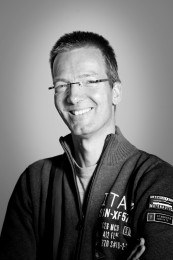 Lucas studied the bassoon at the Royal Conservatory of Music in The Hague with Johan Steinmann (Radio Filharmonic Orchestra). He also studied with Brian Pollard (Royal Concertgebouw Orchestra). He won a prize at the competition Jong Muziektalent Nederland. Lucas got his Masters Degree in 1996 and during his studies he played in the Dutch National Youth Orchestra and in the Gustav Mahler Jugend Orchester. With this orchestra he toured through Europe and worked with conductors like Abbado and Chailly. Since 1998 Lucas has been a bassoon player in the Brabants Orkest. He also is a member of the Anemos arts Ensemble, a prestigeous windquintet. www.anemosartsensemble.eu (Photo by Anton Havelaar)