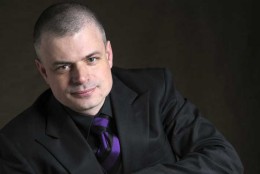 Stephan Pas studied clarinet and orchestral conducting at the Royal Conservatory of Music in The Hague, The Netherlands. He continued his studies in Germany at the Musikhochschule Trossingen with Walter ügler and was also privately coached by lois Springer. He attended masterclasses and courses with Hans Graf (Mozarteum Salzburg), Yuiji Yuasa (Musikhochschule Wien) and Jorma Panula.

Stephan conducts the standard symphonic repertoire. He conducted the Dutch premieres of the complete ballet of Le Festin d’Araignée by Albert Roussel and the Concerto for Violin and Horn by Ethyl Smyth. His CD productions include Rameau’s opera Les Indes Galantes and El Llibre Vermell de Montserrat, a songbook from 1399, in an arrangement for vocal and instrumental ensemble. 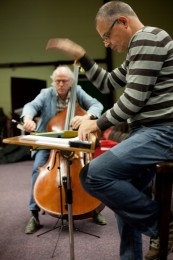 Stephan is a strong and enthusiastic advocate of Dutch repertoire. This has resulted in concerts with symphonic compositions by Alphons Diepenbrock, Rudolf Escher, Léon Orthel, Matthijs Vermeulen, Henriëtte Bosmans and Joep Franssens. He also conducted the world première of the Orchestral Songs by the Dutch female composer Anna Cramer and recorded a CD with her music.

Stephan has a special interest in contemporary music. He was the founder and conductor of Ensemble Contours and also of the now newly established Alban Berg Ensemble which performs modern repertoire and for which he has also written orchestrations and arrangements. Stephan is specially interested in the performance practise of the Second Viennese School, and his arrangement of Alban Berg’s Drei Orchesterstücke, op.6 is generally acclaimed as a masterpiece in its genre.